“MONKEY OFF BACK CIRCUS STILL IN TOWN!”
​The highlarious yet cautionary tale of a boy who runs away to join the circus only to find himself in smokey church basements, rodeos, crack houses, and yoga ashrams!

A magically theatrical, radically fanciful, fully bacchanal, solo show of a lifetime!
(it’s autobiographical;)
"Stand-up Comedy, Circus Performance, Street Theatre, Storytelling, & the Kitchen Sink!"
​-THE AUSTIN CHRONICLE
His close to the bone comedy will have you in stitches!
-WKXS The MIKE FARROW SHOW
Dick Satori must be the Bravest Person Alive! His performance for the people of Young People in Recovery was filled with humor, heart, and hope!
-JUSTIN LUKE RILEY, FOUNDER AND CEO OF YOUNG PEOPLE IN RECOVERY
​
CircusStillInTown.com is currently on US Tour and has plans to go to Edinburgh Fringe, a National and UK Tour, then off off Broadway. The show is written and performed by International award winning variety artist and comedian Dick Satori and was an official selection of SOLOCOM NYC in 2015.
book now

HE'S PERFORMED AT JAILS AND COLLEGES ACROSS THE COUNTRY, LADIES AND GENTLEMAN....DICK SATORI! 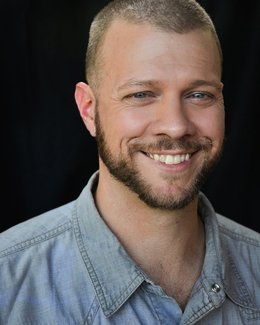 Since joining the circus as a professional clown at age 15 Dick Satori has continued pursuing his passion for performing comedy over the past 21 years. As a physical Comedian he’s worked with artists from Cirque du Soleil & performed on Broadway. He studied acting at The University of North Carolina School of the Arts, wrote and performed a one-man show off broadway, on Theater Row NYC, and Premiered his fourth solo-show, “Monkey Off Back – Circus Still In Town!” at SOLOCOM Festival after previews at The Firehouse Fringe in Richmond VA. Satori is elated to have toured his show twice to Austin Texas, Wilmington NC, Kerrville TX, San Antonio TX, Nashville TN, Owensboro KY, and Louisville KY during his ongoing North American Tour. There are plans for UK Tour and an Edinburgh Fringe Festival followed by an off Broadway run starting next year.

Satori has performed in over 40 cities across America and in 4 countries. He's worked with such artists as Hannibal Buress, Ahmed Ahmed, Rory Scovel, Nate Bargatze, and Eric Andre’. He recently featured for both Mike Gaffney and Craig Shoemaker in New York. Dick’s been a winner at comedy contests at The World Famous Comedy Store in Hollywood, Catch A Rising Stars in Princeton New Jersey, The New York International Clown Theater Festival, Cozzy’s Comedy Club, The Harlem Comedy Show, The Richmond Funny Bone, twice received the Will Rogers’ Comedy Award, and currently shares a Guinness World Record for Longest Comedy Show (with multiple comedians).

Dick has studied meditation and Dharma Art at the Shambhala Center of New York City for three years. He is a certified Yoga Teacher through Yoga Alliance, and is a certified facilitator of The Yoga of 12-Step Recovery (Y12SR). Satori is proud to have over five years of long-term recovery from addiction. ​
Book now